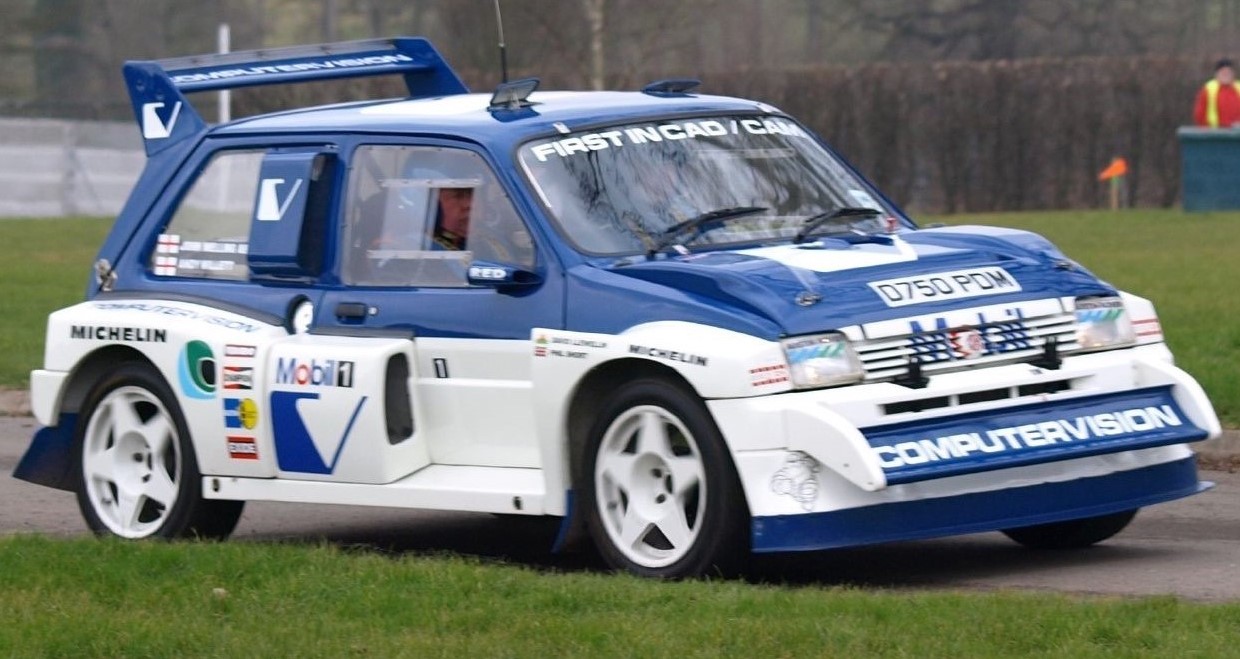 Introduced in 1985, it featured a mid engine 3ltr V6 which was normally aspirated. It had permanent 4WD and due to the fiercely styled body panels bore little or no resemblance to the humble Metro Saloon on which it was based. The majority of the cars were Clubman version but a small number were built to international rally specifications. Following the demise of Group B, some cars found a new lease of life in rallycross.

The Metro 6r4 is a group B rally car from the British Leyland company, Austin, under the MG division. The 6r4 was unveiled in 1985 and would cease production in 1986, following the the Group B ban.